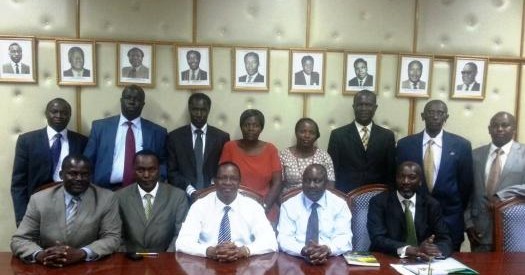 The relentlessness efforts the Kenya Diaspora alliance has shown in its case against the Kenya Government, is a good

example not only to Kenyans in Diaspora but also to all Kenyans back home. The KDA, a formation of different.Diaspora organizations belonging to Kenyans of all races and tribes from Kenya, has proved beyond reasonable doubt that with unity, love and respect, Kenyans, wherever they are, can do a lot for their Nation.

For the last more than three years, the organization, in the stewardship of Dr. Shem Ochuotho, Mr. Robinson Gichuhi, Mr. Heb Mesomi and Ms Mkawasi Ncharo, remained in the Kenyan courts trying hard to force the Kenya Government to allow Kenyans in Diaspora to vote in the future elections. KDA did not lose hope after it lost its first case in the first round in the Kenyan court.

The organization filed an appeal against that first Judgement, and its efforts were rewarded. In the end, the judgement was made in its favor this year, and all Kenyans in Diaspora have been allowed by the court of appeal in Kenya, to be fully involved in all future Kenya elections. Thanks to the KDA Members and to all the Lawyers who represented the KDA in the courts.

I also hope that the KDA will continue to extend its efforts into providing advice to Kenyans in Diaspora in areas which requires help, especially in elections and electioneering. Its performance since its formation a few years ago, KDA has proved competent and patriotic, with its members devoting and dedicating themselves to their assigned duties in the KDA, through sacrificing their time and their money for noble genuine courses, such as the recent case against the Kenya Government. The organization should be commended for its good work. KDA should continue to help Kenyans in Diaspora and Kenyans back home through advice and through taking the appropriate actions whenever necessary.

What remains to be seen, Â is the manner in which Kenyans in Diaspora will behave when preparing to vote and during the voting exercise and after the Â elections come 2017. I sincerely hope that all Kenyans in Diaspora all over the world, will try as hard as they can, to set a good example to others back home in Kenya, in the manner they will conduct themselves before, during and after the next General elections.